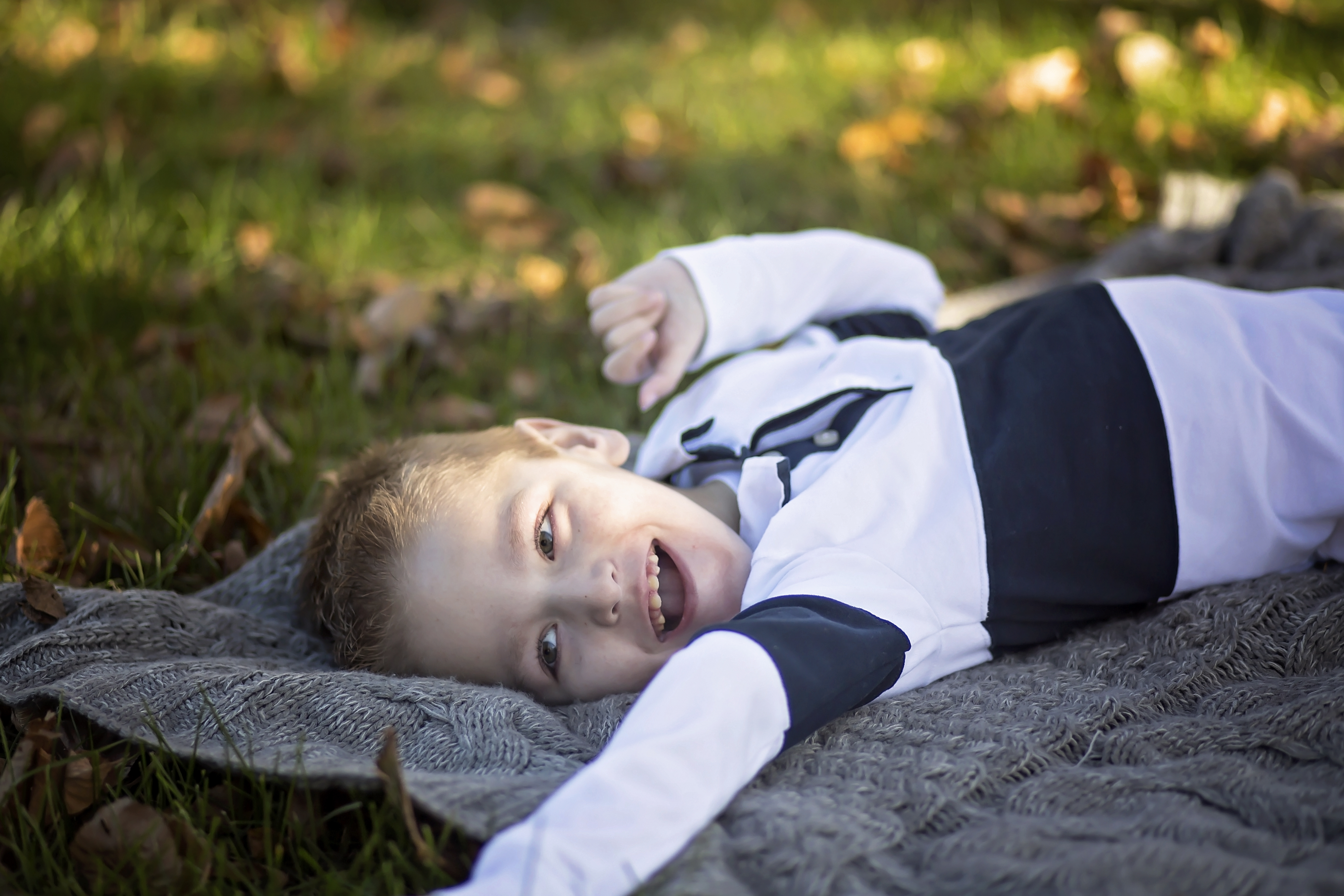 My name is Andreas-Rares and I’m 2 years old. About a year ago I was diagnosed with a syndrome called Allan-Herndon-Dudley and that chanced my world irreversibly…

But let’s start at the beginning. I was born on a cold winter morning in a strange place called hospital where people wear white robes. I was confused and quite pissed but I forgave them instantly when I felt mom’s touch as she kissed me on my forehead.

Overall that was one traumatizing day but a new beginning none the less. Things went well for the first three months. Everyone around me was happy and playful and they were giving me lots of attention, even when I didn’t want any and I was explicitly telling them that I want to go to sleep.
Then something happened…I don’t know what but it was like a dark cloud made its way into our home and it would get thicker as time passed. It could be the fact that I stopped caring so much for eating, or the fact that I started losing weight instead of gaining or may because I started getting a bit floppy in movements…I don’t know… All I know is that at some point my parents brought this up with my doctor who was quite dismissive. I’m guessing my parents didn’t like that because we never saw that doctor again. Instead, we started going to play with a nice lady with a house full of toys. I think they are calling it physiotherapy.

And this is how the search for a diagnosis has begun…..
We visited a lot of doctors, some in the city there we live, some in cities to which we had to fly to get to, some even in other countries. Most agreed that there is something wrong with me but they couldn’t quite put their finger on what that was. Some blamed it on my personality saying that I’m just lazy and there is nothing to treat, others advised my parents to “cut their losses” with me and make another child.

This carousel of doctors and investigations lasted for more than eight months. I know, I was lucky, since the average time to diagnose a rare syndrome like this is more than 3 years.
I could see the growing concern on my parents’ eyes but could do nothing about it. I was feeling quite down myself. Can’t explain why but I felt interested in absolutely nothing, I wouldn’t want to do anything, not even play, food was not appealing to me at all, I felt tired and sleepy all the time and generally in a very bad mood. I started retreating from the world.

Around my first birthday we came to visit mom’s family who live in a country where snow actually exists and it’s everywhere. I can’t say I was very enthusiastic about the whole wet, cold and windy idea but it’s mom we’re talking about so I accepted the challenge.

There, in that drizzly country, we met a doctor who had the craziest idea. She thought I could have a syndrome called Allan-Herndon-Dudley just by looking at me. To me that name sounded long and hard to remember but I could see that mom changed color when she heard it. We gave blood; both I and my mom, and we sent it to a different country I’ve never been or heard of before. The next two months have been very hard. My dad was trying to cling on the idea that statistically speaking, having this syndrome would be impossible. It would be like being involved in 3 consecutive plane crashes and surviving them all or winning the lottery 5 times in a row. The chances of having this syndrome are 1 in many, many millions. This was his shield. Mom on the other hand was tormented by the “What if” question which is the worst of all. The joy was gone from our home. My parents would still laugh when they would be around me, play with me but things were not the same. It was like the black cloud was suffocating us all.

One day, my mom opened her computer to read her emails and I saw her starting to shake and cry as if her entire world came crushing down. The tomorrow we were hoping for was not there anymore. The syndrome they feared some much has been confirmed on both me and my mom.
My dad came early from work that day. He was trying to be the strong one for my mom to lean on but I could understand he was devastated as well. I could almost hear the shattering sound of my parents’ hearts being broken. It was awful to see your parents like that, defeated, exhausted, transfigured by pain…Wordless, with pale faces and faded gray eyes, for the next few weeks they were moving like phantoms in the house.

During the next months we all worked together and started gathering the pieces so we can put ourselves together for as much as that was possible. They started figuring that there will be no medical help coming from anywhere and if they were to help me they would have to find ways themselves. So, they started reading, researching and connecting with people from all over the world. The battle was on!

First they improved my diet which seemed to have made a big difference in my energy levels. Then we tested another kind of therapy which also helped. My parents became my therapists as well and we are working-playing together every chance we get apart from the therapies I make every day.
A few months back I entered a trial for a new drug believed to help people with my syndrome. We all hope for the best but we haven’t stopped working hard and looking for new ways for me to get to be the best version of myself.

I make very small steps forward and it takes me a lot of time to make them but I know that every step I take gives my parents strength and hope so I’ll keep trying and I won’t give up. Maybe that’s why my parents call me their tiny super hero.