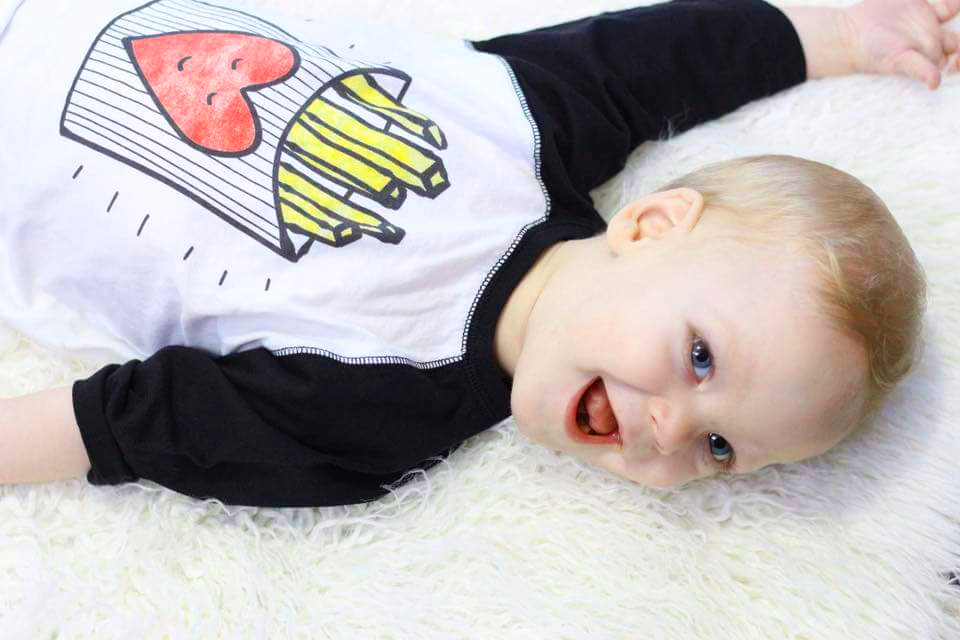 Jaeden was born in March 2009. He was a healthy baby boy with no initial issues, even scored an APGAR score of 7 when he was born. At three months of age, Jaeden started to present with irritability, lack of eating and lack of weight gain, inability to hold his head up (his head would always lean to one side-what I thought was torticollis) and poor central tone-hypotonia.

As the months progressed, Jaeden’s developmental delays were becoming apparent, and we knew something wasn’t right. He struggled physically and verbally to do things that came naturally to other children like sitting up, crawling and playing with toys.
We were referred to a myriad of doctors from GI to Neurology to Genetics. We did not have an answer as to why he had these developmental delays; none of the doctors had ever seen anyone like Jaeden. It was thought that Jaeden might have cerebral palsy with dystonia and spasticity. I believe a lot of boys are misdiagnosed with cerebral palsy as no other etiology is known or could be found.

After Jaeden’s second MRI, it was found that he had delayed development of myelin. Jaeden was then admitted to the hospital for pneumonia and bronchiolitis. During his hospital stay, numerous blood tests were performed, including a thyroid test that came back a little abnormal, the first to test to come back abnormal. This will turn out to be the key in Jaedens’ diagnosis.
With these results, Jaeden’s physical therapist and I were diligently “googling” things on the internet to find out what could be wrong. On April 23, 2010, Jaeden’s PT found a website about Allan-Herndon-Dudley Syndrome and it seemed to fit most of Jaeden’s symptoms. I was puzzled, as we did not have any family history of the deficiency, however, I called the genetics counselor to get Jaeden tested.

On June 7, 2010, the pediatrician informed us that Jaeden finally had a diagnosis, MCT8 or Allen Hernon Dudley Syndrome (as it was previously called). Upon finding his diagnosis, I tried searching for information on the internet and tried finding a doctor that would be able to help. After perusing the internet, I was disappointed to find minimal information on this condition; the only good resource was http://www.ncbi.nlm.nih.gov/books/NBK26373/. Upon looking at the MCT8 website, I found Dr. Refetoff, a specialist in this disorder at The University of Chicago, and he was only a couple of hours away. I immediately made an appointment with him for further guidance and help. He currently manages my son’s care in coordination with Jaeden’s endocrinologist.
I have also found solace in being able to converse with other moms of sons that are afflicted with the same deficiency. We have developed a network of moms on Facebook that are located all across the world--from the US to England, Ireland and Canada. Having other moms to talk to has been a vital tool, especially since this deficiency is so rare.